Christmas 2000, Joseph my good friend and gaming buddy, and I met for our annual Roman Civil War. We were playing WRG 7th edition rules. Suddenly I found myself on the receiving end of massed fire of a unit of carroballista. Joseph and his wife, had spent the evening before my arrival, converting some Airfix Ancient Britain chariots, mated with Airfix Roman scorpio bolt throwers. It was a nasty surprise and the speed of the unit on the battlefield was inspiring.

Warlord Games used to offer a scorpion mounted on a mule cart. From the time I first saw the image until recently it was always out of stock. This afternoon I couldn't even find it listed on their site. Meanwhile I squandered my hard earned sestertius on other frivolous figures and projects.

While combing my mountain of lead, I uncovered some ancient (30+ year old) Ral Parta/RAFM scorpions. The Early Imperial Roman Cart is nearly always available  for purchase. So I ordered three. This project has been sitting on my painting table for the last 6 months and I finally found time to complete it,

I am now seeking some 25mm artillery crewmen. I have some Foundry figures, but the 28mm heroic scale of the crewmen seem rather out of scale to the bolt throwers themselves. However when compared to the carvings on Trajan's Column, maybe I shouldn't worry. If I am unable to find what I am searching for, I will paint the figures up. 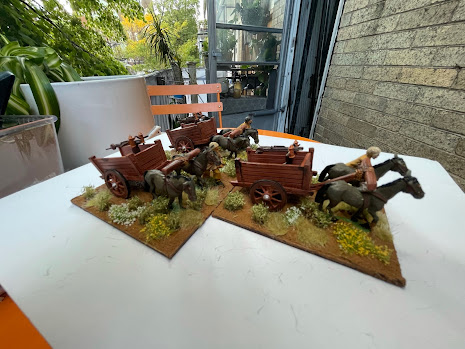 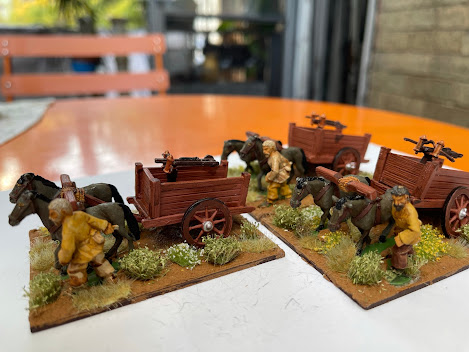 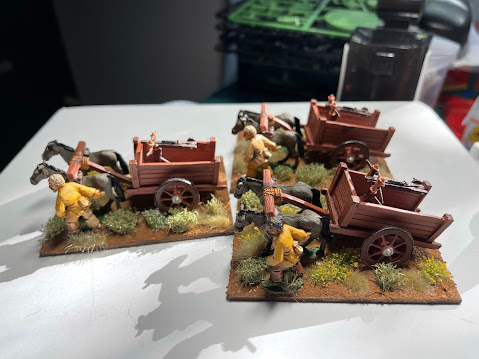