Cangames 2013 and the People's Choice Award


The People’s Choice Award is the only award offered at Cangames 2013 for painting figures.   At the Sunday evening awards ceremony, I was extremely pleased that one of my two entries was selected as the people’s choice. It was in competition with 15 or 20 other entries.

The award is a $25 Cangames Certificate which I can use it at any Cangames vendor or with the Cangames organization itself. 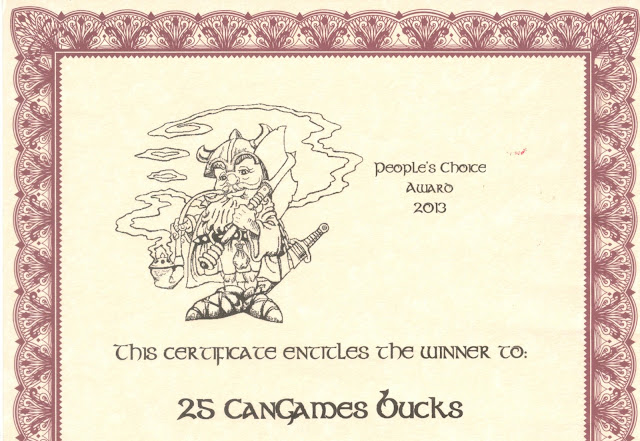 Compared to many of the Blogs I follow, my paint jobs don’t measure up, but I paint in order to play. The photographs of the miniatures on my posts display many imperfections, but my figures easily stand up to the three foot rule, which is how they were judged.

The winning entry was the Nikaian Byzantine Army (DBA IV 31) that was loaned to Paul for use at the DBA open book round robin competition held immediately after the awards ceremony. In 2010 I won this army for a 2nd place finish in the same tournament. 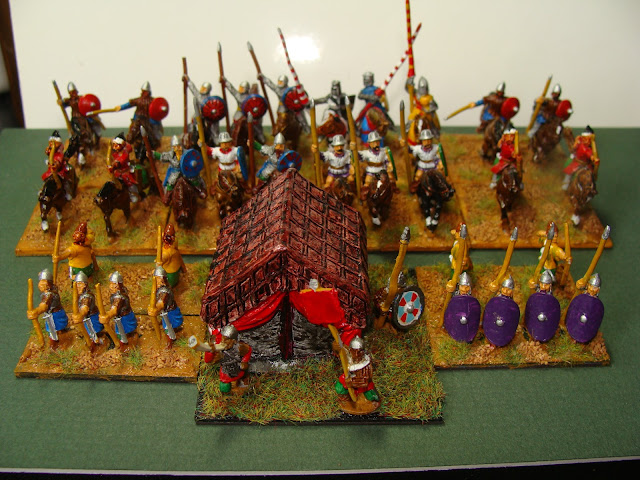 I was told that it was the first time in many years that a historically based unit (or figure) was chosen as the winner. In recent years the award has gone to fantasy figures.
Posted by rhingley at 9:26 PM