Since I was painting an undead war mammoth, I thought I would continue with an elephant theme.

The first is an RAFM Ancient Indian Unarmoured Elephant. It has been very hard to track down any information about this piece. I honestly haven't got a clue as to how long it has been sitting in my collection of figures. When researching Asian Elephants I read that they can rang in colour from dark brown to dark gray. I even read somewhere elephants that some may appear to be pink. I originally gave the figure a white base coat and went with a brown wash for it's skin. It had a similar effect to some photos I saw of elephants after bathing, before they become covered again in dust.. I suspect that the model came with two crew, but I only have one in my possession. 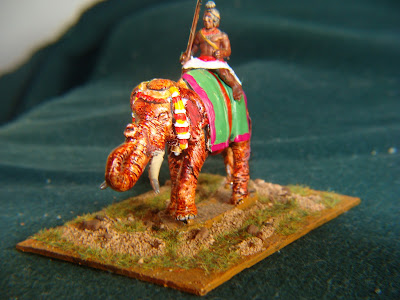 RAFM Unarmoured Indian Elephant
The next elephant is an African elephant with a sole crew member. I believed that it should be a two man crew (rider/driver and javalin/bowman). I am pretty certain that this figure was by Ral Partha.The model has easily been in my collection for 25 years and was recently rebased. It always hung out with my Roman Army. I found a photo of one for sale with a Later Carthaginian DBA army at GAJO. 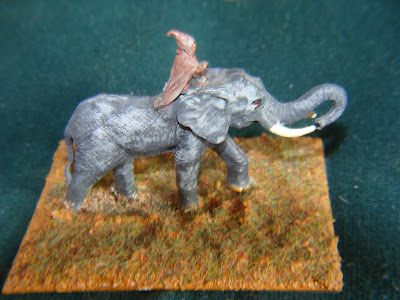 Ral Partha Unarmoured Catthaginian Elephant
And finally a photograph of these two elephants next to my Undead War Mammoth to provide some idea of how large it really is. 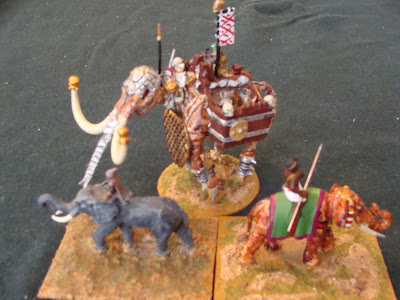