As promised yesterday, the rest of my EIR Tragic Roman Army. These photos are of my siege equipment and Generals with their Cavalry Bodyguards.

1) Roman Bolt Throwers (Scorpio/Scorpions) behind some field fortifications - Figures are by Wargame Foundry Miniatures. I believe the fencing is by Old Glory Miniatures. 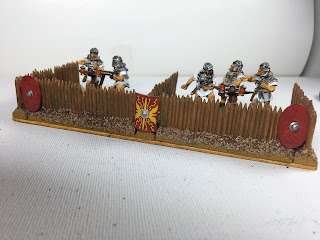 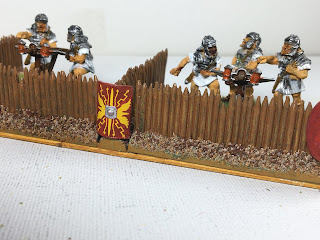 2) A Roman Onager by Black Tree Design in the background with a Foundry Scorpio. Not the best of photos. 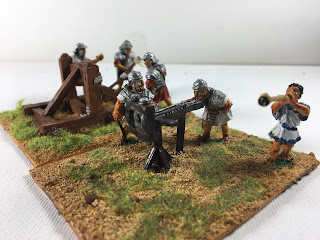 3) The next two images feature a Warlord Games  Early Imperial Roman Ballista, along with another Foundry Scorpio, 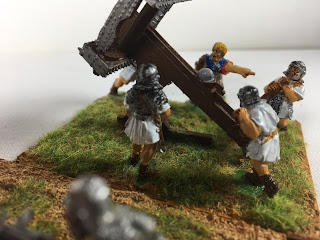 4) Finally we have a Legionnaire working party. These are 25mm Figures picked up in the mists of time from either RAFM or Ral Partha. I was unable to find an online reference for these figures. The wall is from some model kit. 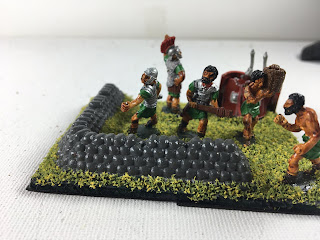 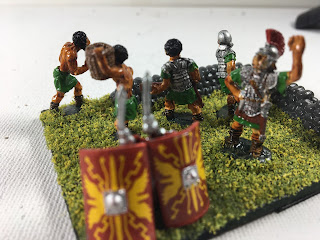 The command figures were packages I believe that were purchased Wargame Foundry. Each is a unit of a General Element (WRG reference) and another three elements of Heavy Cavalry. So I have three separate units each of 12 mounted figures. Note- The Green unit is missing a Command Stand that I need to locate. The Blue Shield Unit are figures by Ral Partha. The other BG Cavalry, I believe are  Warlord Games' sculpts. 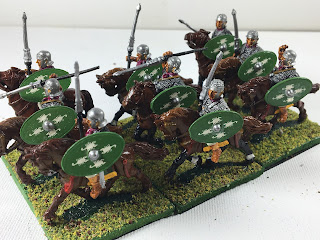 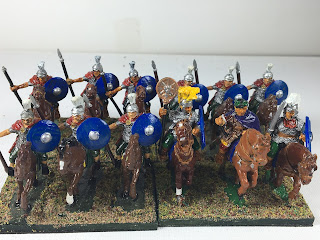 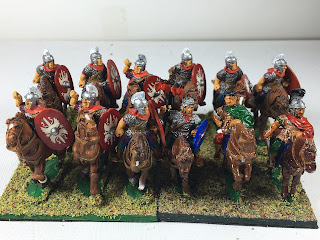 An Oddity. - The Following unit has been part of my Roman army for over 40 years. They were picked up at the local gaming shop in Halifax (which is no longer in existence). The figures were labelled as Roman/Greek Companion Cavalry. At the time I did not know better and parted with my hard earned cash. I would imagine these figures sold for the princely sum of $3.95 a pack. I purchased three packs then and latter acquired a fourth. 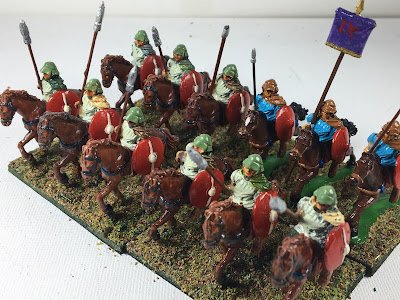