Last summer when Ross Mac passed through Montreal, he brought with him a Bag of Holdings worth of miniatures to match a number of my favorite projects. It brings to mind the old adage of "Beware of gifts bearing Greeks" . Fortunately no Trojan Horse has been spotted inside the city gates of Montreal, and the these gifts are greatly appreciated. Some were loose, some needed a little touch-up paint jobs, and others needed weapons to be reattached.  And I rebased them all.

The following figures fit quite well with my Burgundian Ordonnance Army, about which I have previously blogged. 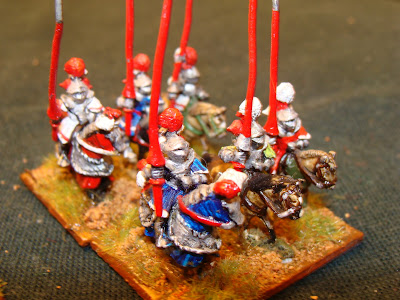 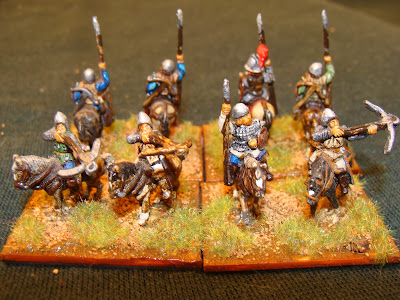 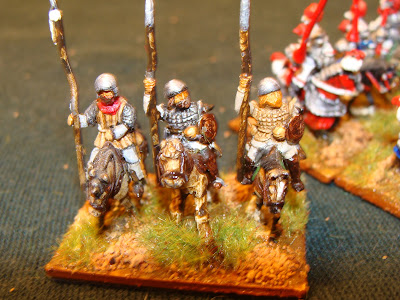 One Element of Riders 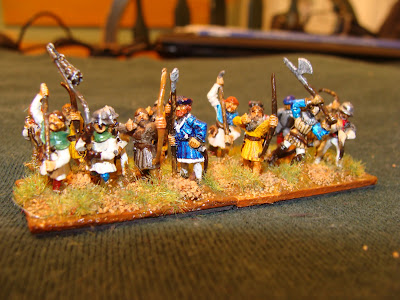 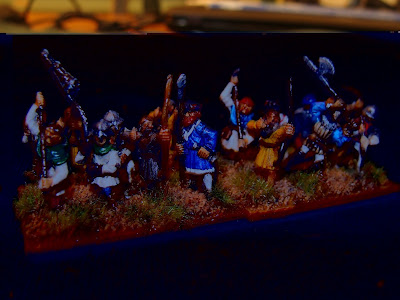 Speaking about Trojan Horses I found the following paragraph in an article by Nat Segaloff , on Internet viruses on Netplaces. Click on the link to read the entire article.


"Warning! warning! warning! warning! If you receive a gift in the shape of a large wooden horse do not download it! It is extremely destructive and will overwrite your entire city! The “gift” is disguised as a large wooden horse about two stories tall. It tends to show up outside city gates and appears to be abandoned. Do not let it through the gates! It contains hardware that is incompatible with Trojan programs, including a crowd of heavily armed Greek warriors who will destroy your army, sack your town, and kill your women and children. If you have already received such a gift Do not open it! Take it back out of the city unopened and set fire to it. Forward this message to everyone you know—(signed) The Oracle."
Posted by rhingley at 6:31 PM