At long last my projected 15mm Fantasy Hordes of the Things Big Battle army nears completion. Not only do I want to be able to field a 72 point undead army, I want to do it in 15mm scale using bases with a 60mm Elements, thus doubling the number of troops per element when compared against the standard 40mm base for a 15mm army. As far as I am concerned I need another 12 Horde Elements and at least 4 Magician Elements to complete this force. I present my Undead force in its current condition. 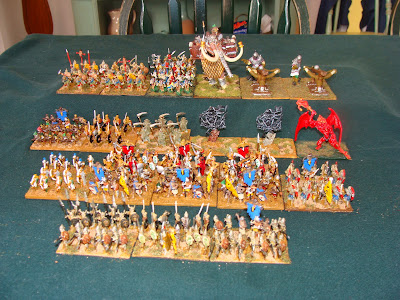 In the above photo we can see all 72 points of the Undead HOTT Big Battle Army.  Please forgive the fact that there are two "live" trolls acting as the artillery for this army.  The army is spread out from Left to Right a distance of 36 Cm (6 x 60mm Elements) and has a depth of 43 cm (from the front of the 1st rank to the rear of the last rank).  That is 15 inches x 17 inches for those still using Imperial Measurements. I think that you will agree that I am perfectly justified in using 6 elements of 25mm figures to add to the epic look of this army.

You will also be able to compare some of the units to their look on Feb 25th when I posted about the work I completed over the Christmas holidays. the elements are now flocked, and the figures themselves have been brushed with a Minwax Wood Stain. We'll now look at this force in its entirety. 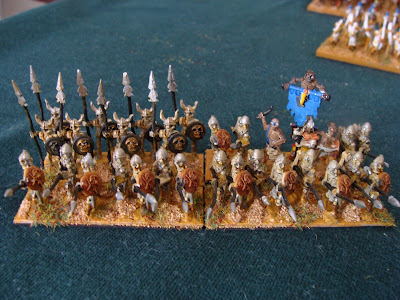 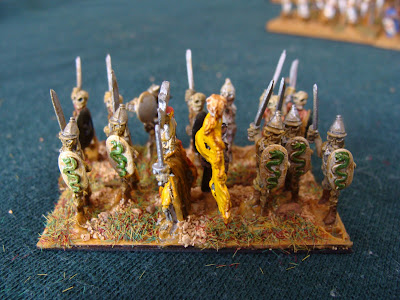 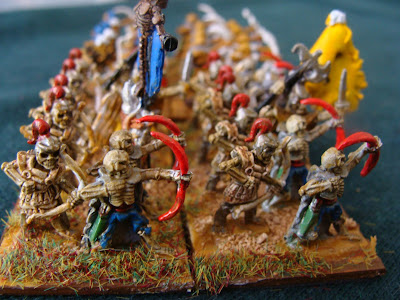 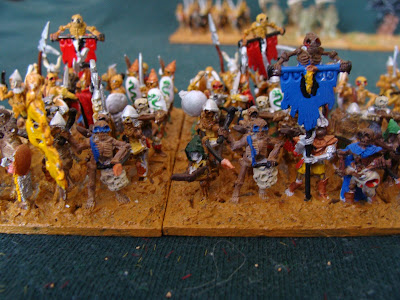 Some of the Hordes﻿ (4 Elements) 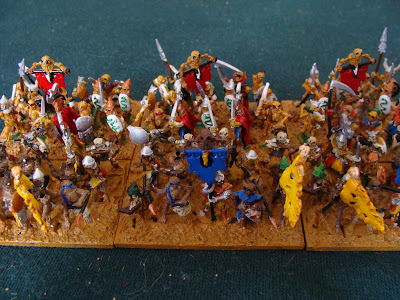 View of all Six Horde Elements 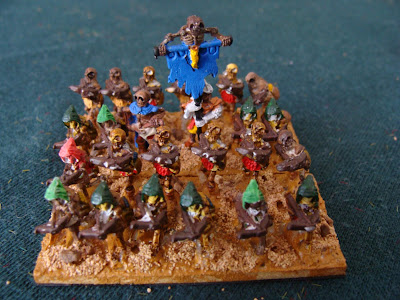 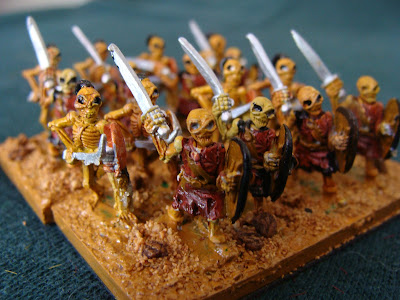 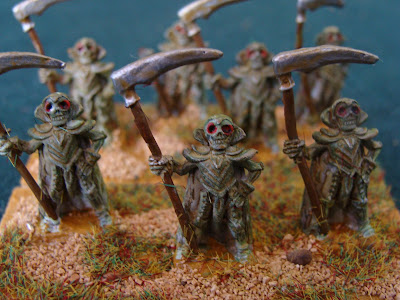 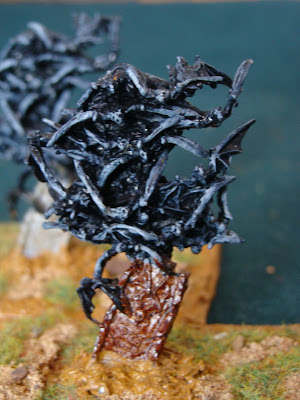 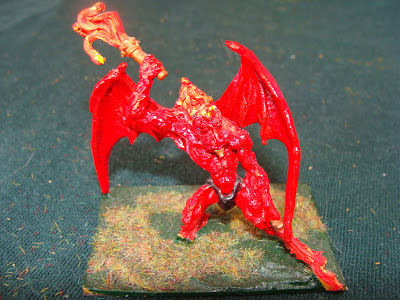 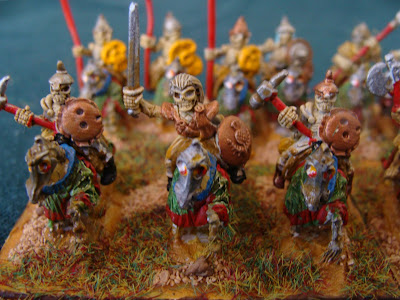 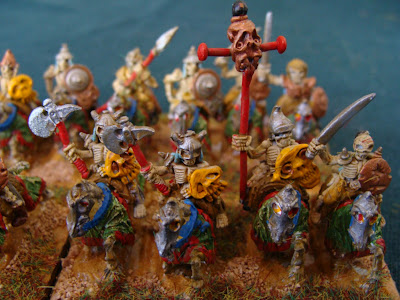 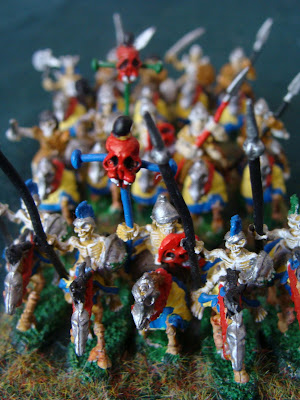 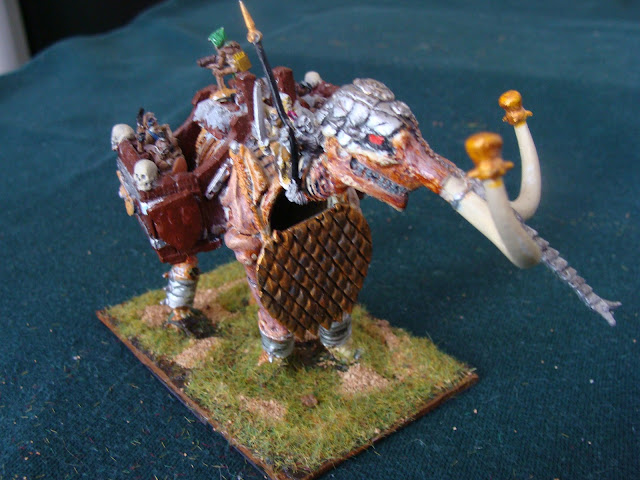 I first blogged about this piece on Feb 27, 2011. I was very happy to have bought a 25mm Undead War Mammoth that could be used as a Behemoth by my 15mm Undead Army by replacing the 25mm crew with 15mm crew figures. The piece is old (I estimate 25+years) and the metal brittle. It did not travel well and despite having its own container. At Christmas it returned from in a number of pieces with its plastic support stand broken. It has been remounted on a 60mmx 90mm Element as opposed to the 60mm round base it was last on. Using pins and green stuff I have added supported to a repositioned head and the two rear legs. Hopefully it will travel better in this state. 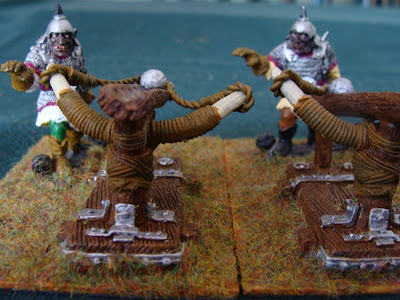 2 Artillery Elements (25mm Trolls)
Posted by rhingley at 2:34 AM