As I wrote in my Sunday's posting I purchased a painted 15mm Babylonian Army. I thought I post some photos of the figures. 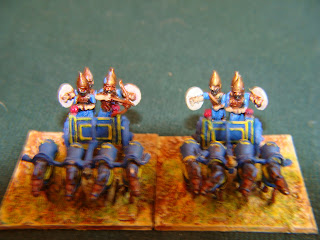 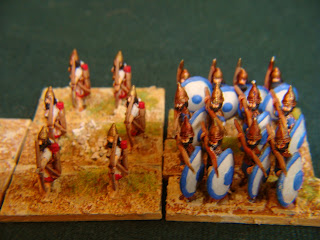 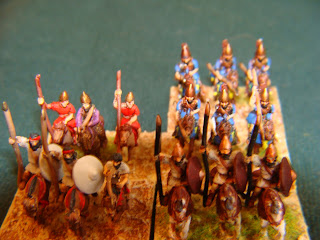 Photo 3: All 5 Cav Elements
A useful addition that can be fielded against my 15mm Hittite Army (by Irrgeular Miniatures) that I painted years ago.
My second purchase was from Daniel, from Crossed Swords (http://www.crossedswords.net/) a well known dealer from Toronto . It was a 15mm terrain piece, consisting of three 160mm lengths and two 80mm lengths of reinforced wood walls. 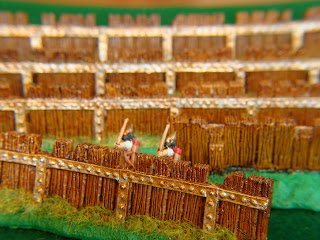 15mm Archers for scale. Note Rear view of wall behind the archers.
These resin pieces were very easy to clean and paint. My only complaint would be one of the 8mm pieces had a 3/4 inch piece broken off one corner. Since it was not in the bag, I could not make repairs. Still for $8, I think this was a very good buy. I added static grass along the wall after the piece was painted.
Posted by rhingley at 12:42 PM