"The Destruction of Sennacherib" by Bryon
was easily an inspiration for my Hittites.

The Assyrian (in my case Hittites) came down like the wolf on the fold,
And his cohorts (think chariots) were gleaming in purple and gold;

The Hittite Army was my first foray into the realm of 15 mm armies. I purchased it when DBA was the new kid on the block. At the same time I thought that I'd buy some extra chariots, just in case I ever wanted to expand the army. I was still hooked on WRG 7th edition rules at the time, and an arms race was never far from my mind.


First Element Type: Two Heavy Chariots (or Light Chariots)
Note: I have 4 heavies
These represent the chariots of Hatti and their allies. The LCh would not really be an option after 1380BC and should be compulsory before. 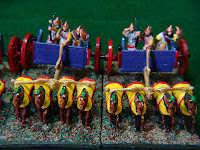 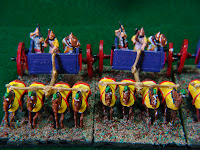 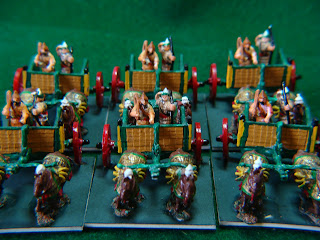 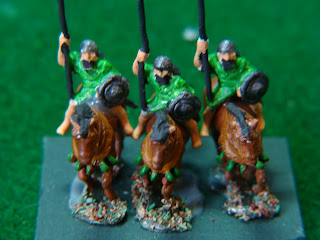 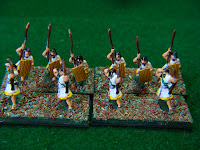 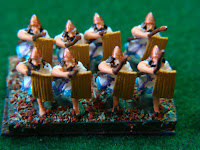 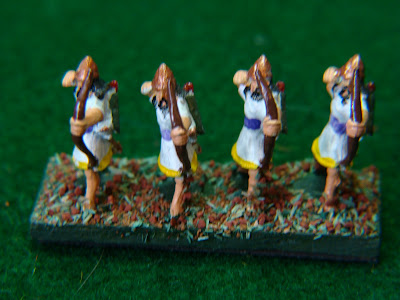 The army has changed a great deal from what was sold to me to the army found in the Version 2.2 rulebook. I do not even remember which company these figures were produced by. If you can identifly them please let me know.
The current list for the Hittite Empire I/24 (b) 1274-1180 BC calls for the following troop types.

It would appear that I'll have to order some more spearmen and a horde to bring this army up to the required levels.