Soldiers of the Queen: Royal Artillery

Soldiers of the Queen 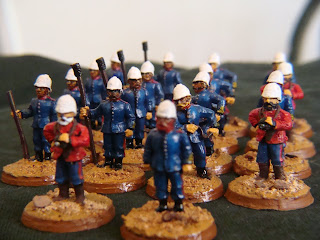 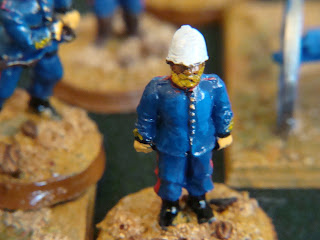 The third and final project that I completed this week was 18 Artillery Crewmen. The figures are by Foundry while their guns were by Ral Partha. Under the Sword and the Flames Rules, an Imperial Artillery Battery consists of three guns, each with four crew (1 Lt or Sgt and 3 other ranks). I personally think that I either have two under strength batteries or one over strength battery. 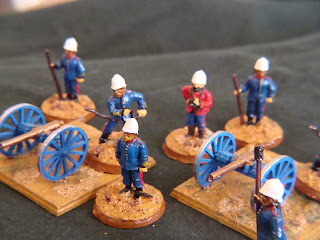 In total I have 7 Guns (5 x 7 or 9 Pounders and 2 x four-barrel Nordenfeldts). It is clear that I will have to purchase some more crew and I am thinking of making an order to Old Glory. More on that later. I have painted the officers wearing distinct red (Infantry) tunics. I know that this is ahistorical but I wanted to be rapidly able to distinguish them from the other ranks. Figures and guns are all mounted on Gale Force 9 magnetic bases. On the whole I am very happy with the paint jobs of these crewmen. 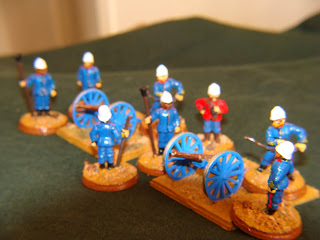 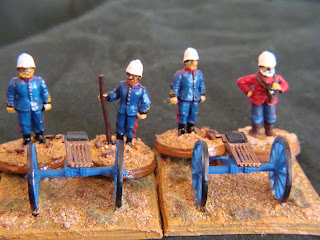 Two Ral Partha Quad Nordenfeldts
Posted by rhingley at 11:02 AM